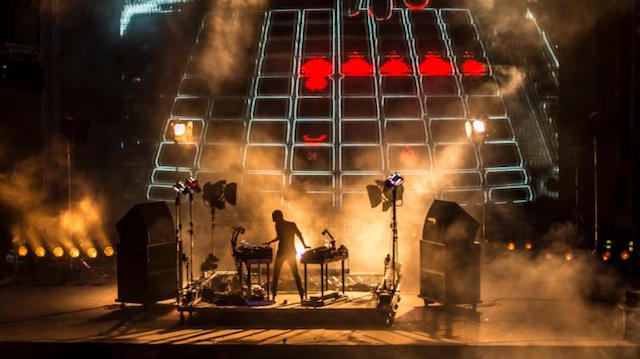 Richie Hawtin has confirmed that he will bring his ‘Close – Spontaneity & Synchronicity’ show to Brooklyn’s Avant Gardner on December 8, 2018. Tickets go on-sale on Monday, July 30. Special guests will be announced er, closer, to show date. (Watch the show’s trailer below.)

Fans of Hawtin’s techno tumult should know that the show, which has graced prestigious festivals and concert halls including Coachella, Primavera Sound and Sydney Opera House, will be the only opportunity for fans to see his live show in North America. The concept of the show is to take the standard DJ set to the next level with an audio-visual one-two punch.

Obligatory press release gush from Hawtin: “New York has been important to me since the early 1990s from the early Storm raves, record shopping at Sonic Groove, and meeting new friends like Joey Beltram and Sven Vath at New Music Seminar, to years of great times at different clubs and venues from Brooklyn to Manhattan. I’m looking forward to presenting CLOSE at Avant Gardner, a show where I feel you get to see me at my best!”