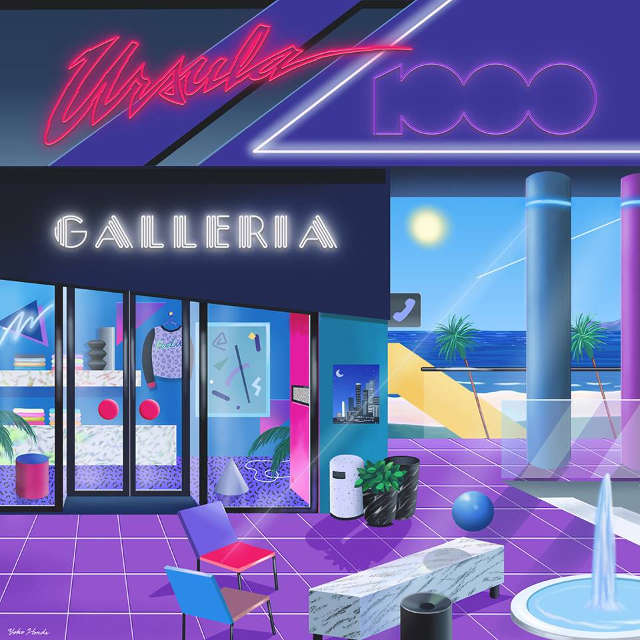 New wave. Members Only jackets. Atari 2600. The ’80s was an awesome era for music, fashion, and video games.

Brooklyn, NY-based DJ/producer Alex Gimeno draws musical influence from the decade in which he came of age on Ursula 1000’s newly released seventh full-length album, Galleria, issued on his own Insect Queen Music label. The LP is an homage to a simpler time when technology was influencing new genres of music at a rapid pace.

We’re excited to world premiere “Chess King” off the new affair. (For those not old enough, Chess King was a fashion staple of nearly every maill in America at the time, selling everything from parachute pants to skinny ties.)

“While working on this new album concept, I was thinking about my days as a youth in the ’80s and shopping mall culture and there was this signature men’s clothing spot called Chess King,” Gimeno says. “I thought, ‘Great song name!’ That plus that over-the-top production of Jam & Lewis and Scritti Politti led to ‘Chess King’ seeing the light.”

Have a listen below to the digi-funk jame, and be sure to check out Galleria in its entirety.