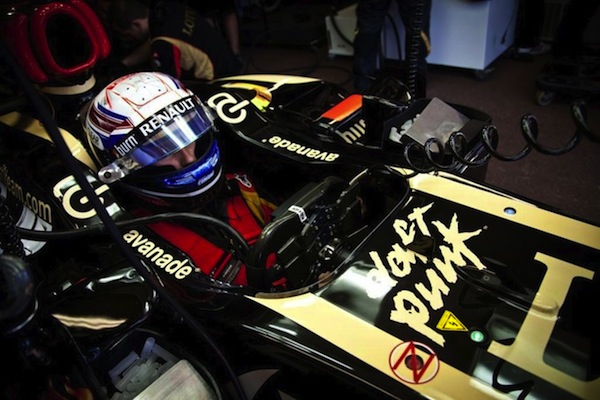 We’ve reported at length about the run-up to the release of Daft Punk‘s Random Access Memories and their flawless teaser campaign which included airing TV commercials during Saturday Night Live, street posters in major cities in March and an album release launch at a farm fair in remote Australia. With the album’s single “Get Lucky” topping charts all over the world, now comes word that the Parisian electronic music duo have entered the Formula One game with British race team Lotus, who have uploaded a few brief clips to YouTube about their collaboration. The chaps at Pitchfork point out that Columbia Records, Daft Punk’s label, is a new Lotus F1 partner. Watch these video below and drool.