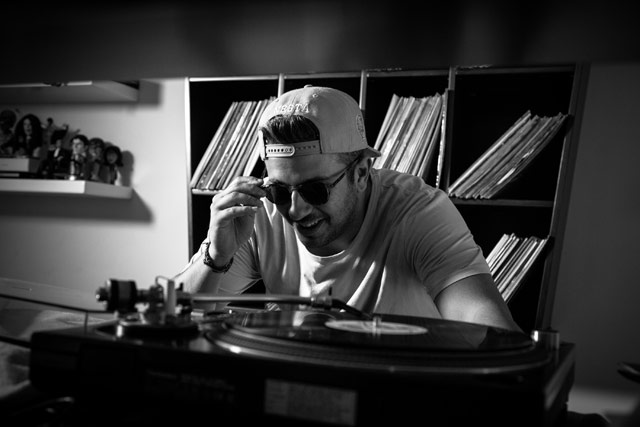 As one of the stalwarts of Beirut’s club scene, DJ/producer Nesta (a.k.a Nabih Esta) brings innovation to every project he touches. Whether it’s being involved with the legendary Überhaus and The Gärten (a club he co-founded) or collaborating with kindred spirits Jakob Seidensticker and Henrik Raabe (a.k.a. Silky Raven), Nesta puts his heart and soul into every endeavor.

In April, Nesta will present his full-length debut Eclectic Electrican on his Beirut-based label Fantôme de Nuit. (He’s also got a remix album in the works.)

After dropping two fresh tracks from the album last week — the cosmic funkfest “Hold Me” and the gorgeous Depeche Mode-ish cut “Drive Anywhere” — we checked in with the Beirut boss to find out about his five tracks of the moment.

1. Jimi Jules feat. Jesaya – It’s Me, Music
Jimi Jules is a Swiss DJ/ producer who’s released on labels like Watergate. This track is minimal jazz at its best. With stabbing basslines and haunting grooves, his productions are on a different level. This track sounds like nothing else being produced on the market right now and it’s even fatter on the dance floor. Perfect for warm-ups or after-hours sets.

2. Kerri Chandler – Rain (Atjazz Remix)
Kerri Chandler needs no introduction when it comes to house music “Rain” is remixed by one of my favorite guys in the scene right now, Atjazz, a UK-based DJ/producer who’s behind the label Atjazz Record Company. Beautifully crafted jazzy house music and a tune that is very specific to time/space. It can be dropped anywhere!

3. Ian Pooley – What’s Your Number (Jazzanova Remix)
Jazzanova is a Berlin-based group consisting of five members. They are known for producing nu jazz, jazzy house music and acid jazz. This is one of my all-time favorite records, one that will give you goosebumps. Complex house music yet so simple. sexy, and smooth.

4. Enzo Siracusa, Archie Hamilton & Subb-An
Cheeky, dusty and dirty minimal and jazzy house and a great collab between these three artists from Fuse. This record has been making noise whenever It’s played. Simple and loopy, yet sophisticated, the groove gets you locked in instantly.

5. Housey Doingz – Flying Saucer
Found this record in my older brother’s crate. He used to do his vinyl shopping in the late ’90s in London’s Plastic Fantastic. Tech House with a hint of acid and breaks from Wiggle’s golden days, this is London’s Nathan Coles and Terry Francis doing what they do best. Timeless tune!