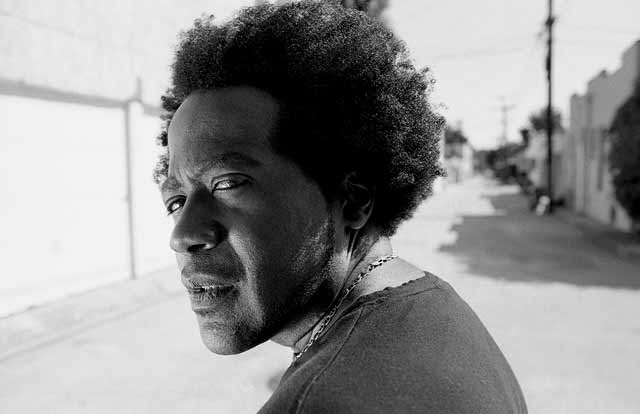 In a perfect world exists the Mount Rushmore of acid house. DJ Pierre’s visage — along with those of his musical brothers in Phuture, Spanky and Herb J — is etched onto the side of a mountain.

In the ’80s Phuture drew from the essence of Chicago’s burgeoning underground house music scene. They expanded upon it to create a futuristic dance floor style packing deep basslines and squelchy, spiraling sounds created on the Roland TB-303.

After Phuture enjoyed critical acclaim, Pierre (a.k.a. Nathaniel Pierre Jones) relocated to New Jersey. He ensconced himself in the club scene and pioneered Wild Pitch, a sub-genre named after a popular Tri-state party whose sound embraced looped vocal samples and filtered sounds played over hard breakbeats.

“This is my fifth album. I’ve tried four times prior,” he tells us in a revealing conversation. “Either I wasn’t satisfied with the product or there was an issue with the label. Wild Pitch: The Story just happened man. It was not planned and because I do not believe in things just happening I feel this is divine. This is beyond all of us.”

Read on to find out more about the album, life in Atlanta and how he’s dealing with the tragic death of Phuture bandmate Spanky in September 2016.

Where are you right now and what are you up to?
DJ Pierre: Currently in the studio. This is home for me really. If I’m not on the road, this is where you will find me.

The first time I interviewed you was for the cover of Mixmag Update USA back in 1996. You’d released a great compilation for ESP-SUN. I remember the cover photo we ran was a shot of you sitting on a couch, and there was an adorable young girl dancing in front of you as you smiled and looked on. What’s she up to these days?
Man, I’ve done so many interviews over the years they’ve all merged as one. But I’m very humbled you remember that. The little girl you are referring to is my daughter Kamilah and she is now 26. Still dancing but not so little.

You were living in New Jersey when we last spoke. How’s life in Atlanta? What’s the local music scene like and how are things going with your club?
Jersey was home for many years. I moved to Atlanta about nine years ago. It’s very different from the synergy and energy I’m used to in NJ/NY so I had to get adjusted. Overall, it’s an amazing place to raise a family. It’s a town that has a bubbling house and techno scene, and myself and the team are very much apart of it. We have a studio here that’s a home for new talent so hopefully the impact we make will be felt.

These days it seems like there’s a lot of nostalgia for dance music for the ’90s. Do you like revisiting the good ol’ days or are you focused on now and tomorrow?
As in most things in life, we return to the beginning. We have a need to look back. Human nature does. So you will find these 20-year-old kids telling me they just found their way to me either by their parents or on their own. So we will always see a retro movement happening because the visionaries won’t just simply accept what’s been forced on them. Some of those visionaries look back … and when they do they take what they can and bring it to the present. So yeah, I like to look back and get inspired from the early days. But I never stay stuck … I take what I need and I grow. I move on and try to do something different yet again. Acid house and the Wild Pitch movements came out of my desire to not do what everyone else was doing. But I always need a foundation and so I will look back to get inspiration.

The musical tide in the US has been shifting from EDM to house and techno. What are your thoughts on underground music getting more attention from music fans and promoters?
Yeah, man. I just had that conversation with someone. Like I said, we always come back full circle. House is the motherland. So it’s only natural to return home. Underground music is what defines and validates this music I feel. I don’t really see myself as underground to be honest. It’s very difficult for me to put on that definition because it’s limiting. I come from the foundation of this music, and I will always represent that but it may not fit your definition of underground. So on one hand I get it and know that it is necessary to define the movement as underground, but I don’t agree that if an artist within that movement takes a step outside the parameters that he or she is no longer underground. I think we get too caught up on the definition as opposed to the product. So I would say that good innovative music, as opposed to the underground, is getting some shine again.

“I don’t plan anything really. I’ve learned that everything is spiritual and all I am is a vessel in the bigger scheme of things. So I just flow with what’s presented in front of me.”

Let’s get to the music. You’ve been blazing trails in dance music since the ’80s. From acid house to Wild Pitch, your list of accomplishments is long and amazing. Why did you feel now was the right time to release your first artist album? I imagine you’ve thought about putting together an album over the years.
In theory, this is my fifth album. I’ve tried four times prior. Either I wasn’t satisfied with the product or there was an issue with the label. Wild Pitch: The Story just happened man. It was not planned and because I do not believe in things just happening I feel this is divine. This is beyond all of us.

Producer albums are a tricky proposition for many reasons. What’s great about your album is that it documents your musical story and it’s really focused Did you have any trepidations before putting together Wild Pitch: The Story?
The beautiful thing is the label and I really developed an amazing foundation of trust. So I was able to truly express where I was creatively without worrying whether or not it would be accepted. They also had the freedom to suggest and discuss ideas with me. So with that level of communication, we just naturally told the story, organically, in an unforced way. They knew my history very well and that was very helpful. So we spoke the same language.

The album features reworks of classics like “Generate Power,” “Master Blaster,” “Fall” and “Love and Happiness.” Why not include those tracks in their original form?
Well, it’s that retro-futuristic thing we spoke about earlier. Looking back to the past but moving on and bringing that essence to the present. The originals … I did that already and have been there already. Let’s revisit it a bit in our hearts and minds; I want you to remember how you felt when you first heard “Master Blaster” and keep that but I want you to grow with me. Take the journey and look at it from another perspective.

“2017 has been rather bittersweet because my friend and partner in Phuture Spanky passed away in 2016. So I am still adjusting to not having his ear and input. I used to start a track and send it over to him just to get his take on it. He had an amazing ear. So I miss that.”

“House Music” is an incredible collaboration with Marshall Jefferson. I’m sure you both go back a long way. Tell me a bit about how the track came about.
Marshall is a key figure in my development. Period. He was the one who took Phuture into the studio to record “Acid Tracks.” He gave us some key points in a way only Marshall can. So it’s only natural to want to include him on this. The label was supportive of the idea as well.

Now that the album has arrived, what’s the next chapter of your story?
I see the album as my transition to the next leg in my journey. I don’t plan anything really. I’ve learned that everything is spiritual and all I am is a vessel in the bigger scheme of things. So I just flow with what’s presented in front of me. I go with what I’m feeling at the moment…from a spiritual side, not emotional.

How will you look back on 2017?
Well, 2017 has been rather bittersweet because my friend and partner in Phuture Spanky passed away in 2016. So I am still adjusting to not having his ear and input. I used to start a track and send it over to him just to get his take on it. He had an amazing ear. So I miss that. On the other hand creatively I’ve transformed so I still have much more coming. Stay tuned.

Thanks for your time. Speak to you in 21 years!
Ha! I will be here man. Count on it. Peace and love.