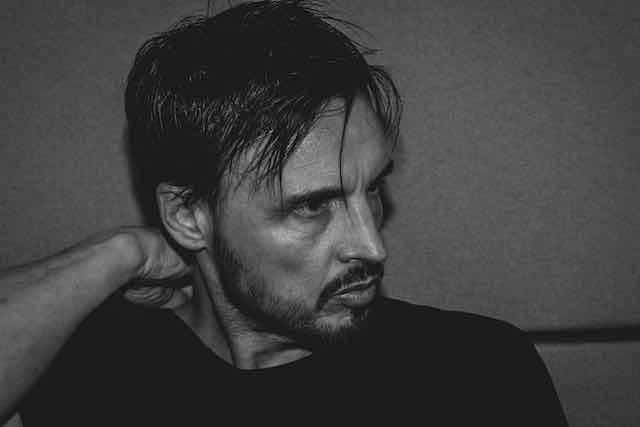 Early in his life DJ/producer Ade Fenton had vivid dreams about making music and turned them into reality. He came of age crafting techno tracks in the late ’90s for his now former label, Advanced Records, as well as revered imprints like Potential, Ground, Planet Rhythm, Audio, Zenit, Primate and Primevil.

Fenton’s career took a dramatic turn almost two decades ago when he was introduced through a mutual friend to electronic music pioneer Gary Numan at one of the icon’s gigs. The two developed a rapport and Numan later tapped Fenton to co-produce and co-engineer his industrial-charged 18th album, Jagged, when he became disenchanted with the production team he was using.

All these years later Fenton, who was behind the boards on Numan’s Dead Son Rising and Splinter, and Numan remain thick as thieves. Numan’s 18th album, Savage (Songs from a Broken World), which was released in the fall, finds the duo crafting hard-hitting, politically-charged gems that have delighted fans and critics alike.

Currently dividing his time with Numan and scoring music for film and TV with multi-instrumentalist Tim Slade, Fenton hasn’t lost his love for the dance floor. His recent Manipulator EP serves as his first techno EP since 2011 and 50th release for Advanced Records, which is currently run by former partner Paul Smith.

Read on to learn more about Fenton’s whirlwind year.

To say 2017 was a transformative year for you would be an understatement. There’s a lot to unpack so let’s begin with your role in producing Gary’s latest and greatest. Not only is Savage (Songs from a Broken World) a sonic delight but it’s had incredible chart success and critical acclaim. What was the journey like to realizing the album with Gary?
Ade Fenton: Pretty painless to be honest. We started it in the last week of October last year and it was mastered in May of this year. For us that’s quick, but we were both in the zone for the entire duration of the process. On the previous three albums we’ve worked on together, there were periods where it just wasn’t happening, or where we’d disagree about something, but with Savage, it seemed as though we were connected to the same wavelength for the entire six-month process. There was one song we started and decided it wasn’t working, but even that was a mutual decision to scrap the idea for it, and it was put right in a relatively short space of time.

Now that the dust has settled and you’ve had distance, where does Savage stand in the canon of your work?

Right at the top. Not just because of the chart position, but I feel Gary and I reached a new level with this album, both in terms of the songwriting on Gary’s part, and the production on my part. Let’s hope we can make number one next time.

“With Savage, it seemed as though we were connected to the same wavelength for the entire six-month process.”

What was the most important studio learning you came away with?
Cor, that’s a tricky question. Probably to trust my instinct. Gary and I have worked together for so long now that we’ve developed a really special understanding of how the other one operates and I think, of how to get the best from one another.

I read a quote where you said something to the effect that you went from having posters of Gary on your bedroom wall to working with him on a handful of amazing albums. How has your relationship evolved over the years?
We’ve gone from being friends to creating a really special relationship, both personally and professionally. Having been a fan of his since my early teens, I’m sure you can imagine the feeling of working with him in the way that I do. When we found out we’d reached number 2 in the chart with Savage, we met outside the record label’s office to celebrate and gave each other a huge man hug with the widest smiles on our faces. Special fucking moment right there.

Gary Numan on Ade Fenton: “It’s easy to discuss alternative ideas with him, he’s not precious about things and is always looking to make the music better, even if that means, on very rare occasions, undoing his own work and starting again.”

You recently released the Manipulator EP, which is your first solo techno release since 2011. All of the tracks are tenacious and unrelenting. When did you find the time to work on it? Was it simply serendipity that it was finished in time to be Advanced Music’s 50th release?
Kind of. I knew Advanced had its 50th release coming up and when Paul [Smith] asked me if I’d be interested in doing something for it, I thought why the hell not. It was tricky finding a space in the diary.

The EP boasts cracking remixes from Ben Long, The Gemini Brothers and Madben. How involved were you with the selection of remixers?
Ben Long’s been a good friend of mine for many years and I think he’s on fire at the moment so that was an easy choice. I learnt about Madben through listening to some of Dave Clarke’s radio shows so I got in touch with him and he said yes, and Gemini Brothers have released stuff on Advanced before so Paul arranged that one.

As someone who’s been behind the decks and boards for a long time, where is techno as a genre at the moment?
I’m probably the wrong person to ask these days, but from the outside looking in, it looks to be in a pretty healthy place. There are some enormous events taking place like Awakenings, which really demonstrate just how popular it’s become, after a bit of a wobble a few years ago. Musically, I don’t hear that much that I haven’t heard before, but there’s still some really good stuff out there.

How do you stay inspired and motivated as an artist?
I’m lucky to be offered some really cool stuff to work on, whether that be films, TV series or producing artists I love like Gary. That means I’m rarely lacking in motivation or inspiration, added to the fact that I’m a massive geek and I find enormous amounts of both in exploring new bits of gear or software.

What are some upcoming projects you’re working on?
I’ve just finished the music for an eight-part TV series for Channel 5 (UK) called Eight Days That Made Rome. Next up is an EP for an artist called Puzzle, who I’ve worked with before. After that it’s working on another three songs with Gary, then I’m working on original music for another TV series.

2017: good year, great year or the greatest year ever?
Greatest ever.

Image of Numan and Fenton via GaryNuman.com