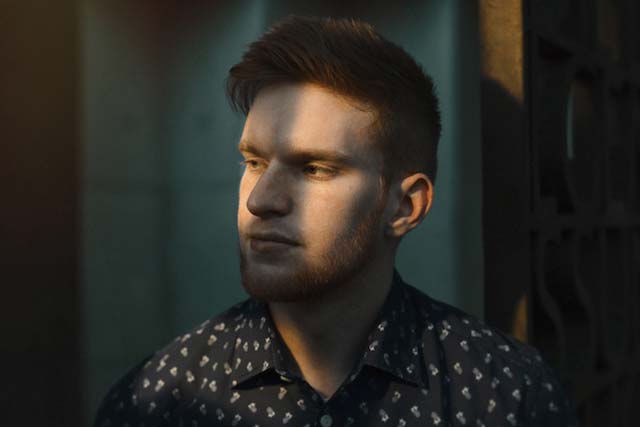 Rising melodic techno star Tim Engelhardt will embark on his second pilgrimage to America this week. Only 19, the Cologne-based producer comes to dance music from the realm of classical. His background provides a unique perspective, and he freely uses it as he colors outside of the techno and house music’s lines on each musical outing.

Related: Fresh From Releasing his ‘​Blitzbahn’​ LP, Oliver Schories Selects His 5 Tech-House Tracks of the Moment

Before his set in NYC at The Cityfox Experience at Avant Gardner on April 14 (stream his mind-bending set from his first September 2017 Cityfox appearance here), we asked the rising star to select tracks from five US producers who’ve inspired his sound.

1. Beanfield feat. Bajka – Tides (Carl Craig Remix)
I’ve been an admirer of Mr. Craig’s work for a long while, and I could easily fill this list only with his creations. It’s very rare that a track moves me like this remix does, especially given there’s not much going on at all. In my opinion, every element enters at the right time and is processed just the way it should be, creating a tension that is unparalleled.

2. Eagles & Butterflies – Experiment H
This one from my friend Chris (Barratt a.k.a. Eagles & Butterflies) based in LA is a beauty. It only came out last year, but it was a standout tune for me. I respect him a lot for being so consistent always putting out great dance floor records.

3. Nicolas Jaar – WOUH
Nicolas Jaar has impressed me like no other musician in the last 10 years. To me, he’s a modern genius. He is able to constantly reinvent himself without ever sacrificing his own handwriting, you can tell it’s a Jaar record when you put it on.

This one seems pretty basic at first, but it evolves into a totally unique soundscape. It touched me very deeply when I heard it for the first time – when that sample comes in five minutes into the track, it feels like everything’s going to be alright.

4. Lauren Ritter – Murmur
“Murmur” is the sort of record I like to listen to at home. It’s just a lovely track that triggers a strong emotional response, and I look forward to hearing more from Lauren in the future.

5. Robert Babicz – Chordy (Maetrik Remix)
Maceo Plex, Maetrik, Mariel Ito. Behind all of these names is Eric Estornel, who has done so much great music over the years. To be honest, I didn’t really feel some of his stuff until a few months ago, but since then I’ve been digging deeper and I discovered he’s actually a brilliant producer. All of his records feature very original sound design, from the early Maetrik works to more recently released music on Ellum [Audio].