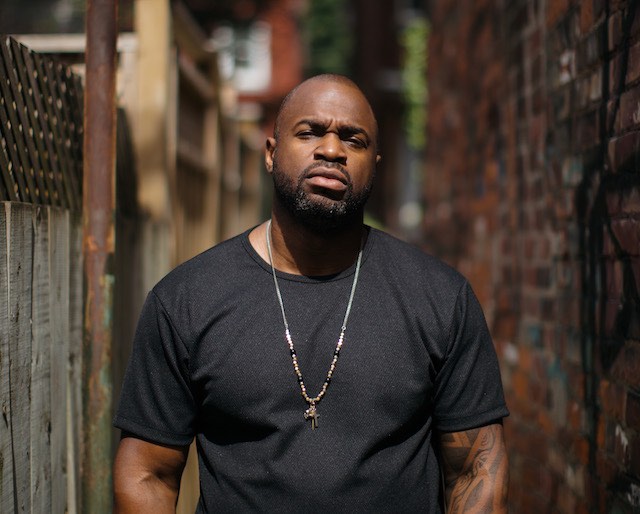 The past informs the future in Demuir’s musical world. On his jackin’ house tracks for DJ Sneak’s I’m A House Gangster, Luke Solomon and Derrick Carter’s Classic Music Company, and Mark Farina’s Great Lakes Audio, the Toronto-based DJ/producer/cratedigger/samplemeister has established a reputation for crafting funky tracks peppered with snippets mined from yesteryear which he imaginatively embeds into his fresh jams.

On his TruSkool full-length, Demuir presents his most colorful palette of sounds to date. While house-music albums often consist of a handful of killer tracks and lots of filler, TruSkool is a thoroughly enjoyable and consistent listen. From the hard-hitting floor rocker “Call Of Da Sound” to the string-laden disco-house bomb “Mi Nah Chase Pum Pum,” Demuir best sums up his musical ethos on “Aesthetics” when he opines: “Do not give a fuck about what other people think. You do your own shit. Play the music as you see it.” Before the release of TruSkool on October 7 via Magnetic Recordings, we caught up with Demuir and asked him about tracks that have inspired him during his musical journey.

1. J Dilla – “Players”
At his RBMA lecture ?uestlove surmised to the audience, “J Dilla is your favorite producer’s ‘producer.’” He couldn’t be more accurate. I used to dig for records regularly with a friend and Dilla would leave beat tapes in the records bins in Detroit, almost as if to say, “Hear me.” Or “I’ve been here… Stay on that grind fam.” This track stood out for me, like a lot J Dilla beats politely asking producers to step your game up. Brilliant work here that impacted how I saw and felt hip-hop.

2. Madlib – “America’s Most Blunted”
This beat is straight dope and reemphasized some of the funkiest and most soulful sounds can come from a ’70s rock record. The lyrics and complete flip of how hip-hop should traditionally sound grabbed me.

3. Double Exposure – “Ten Percent” (12” Version)
Nothing is more iconic and synonymous with disco than Salsoul. “Ten Percent” is a track that captures the talent of these musicians and positive vibes. The drummer taught me so much about ghost notes and holding a groove that respect the other instrument and voices in a tune. The Fender Rhodes break is a trip too.

5. Joyce Moreno – “Samba De Gago”
I love samba for many different reasons. From the purity and rawness, it demands from vocalists, intelligent percussive work and complex instrumentation. She has other popular songs, but this captures the essence of Samba for me.

6. Lenny Breau – “Harp Harmonics”
This man is revered as one the greatest jazz guitarists in modern history. Born in the USA, but adopted in Toronto, Canada, his approach to the music in harmonics is practically mind-blowing. There a bit of nerdy stuff in this clip, but the level of inspiration and knowledge is phenomenal.

7. Jaco Pastorius – “Portrait of Tracy”
Jaco easily brought the bass to new levels and opened my ears up to almost anything being possible on the instrument. Check out his genius with Weather Report as well.

8. Joni Mitchell – “Free Man In Paris”
Never thought I would be writing about Joni Mitchell inspiring me, but it’s great how some things just surprise you and open you up to more. he wrote this tune about David Geffen’s stress levels seeming to die down in his escape to Paris. I love her sense of telling a story through music, but she sneaks some incredible chord progressions in her tunes and can hang with some of the best jazz musicians.

9. A Guy Called Gerald – “In The Beginning”
This acid track drove me to bits when I first heard it. I was completely astonished by his talent with the level of soulfulness and clever use of percussion. Most talk about his other seminal tracks like “Voodoo Ray” and “Hot Lemonade,” but trust me, this is the jam right here!

10. The Moments – “Girls”
The soul and subject matter here gets me each time. The drumming is so on point in this as well.