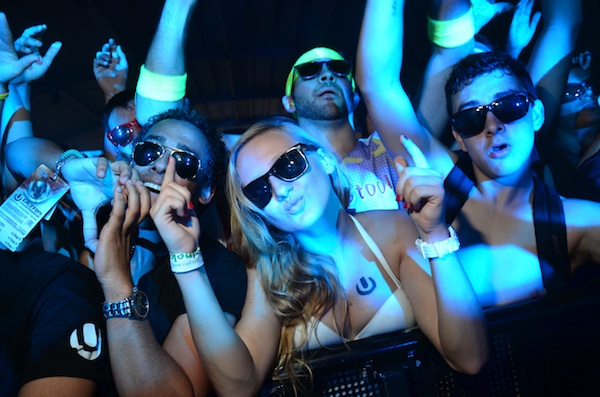 The last confetti blasts have blown and the pyrotechnics have now cooled but for roughly two glorious weeks in March the worldwide electronic dance music (EDM) community was tuned in to the festivities strewn across the pristine beaches of South Florida for the Winter Music Conference and the Ultra Music Festival. Artists, DJs, producers, agents, and fans networked, danced, and celebrated all in the name of EDM.

A recorded 165,000 people attended the three-day, sold-out event that was the Ultra Music Festival at Bayfront Park, Miami. For those not part of the Ultra thousands, Miami Beach and South Beach have become an expanding, alternative mecca to indulge just the same. Mansion hosted the Dirty South and Friends party. Nikki Beach featured Gabriel & Dresden. While at The National there was the Wolfgang Gartner & Friends event with Tommy Trash and Bart B More vs. Harvard Bass.

Quality competition could be found right at the back door of the famed Ultra event at Grand Central Park, Miami with the highly anticipated return of the Swedish House Mafia Masquerade Motel featured this year as a two-day event and also relocated from last year’s location in South Beach.

In a different variety of healthy competition there was Team Sweden and Team The Netherlands in a battle on the soccer field at the Fountainbleau Miami Beach, and under the Florida heat, all in the name of charity. Tiesto managed the Dutch team including team members Sunnery James, Ryan Marciano, and Afrojack. The Swedish opposition was led by Sebastian Ingrosso and included Dada Life, Alesso, and Otto Knows. The Netherlands won the game 13-11 with the proceeds going to the charitable cause (RED,) the Global Fund to fight AIDS.

There were daytime pool parties, all-day festivals, evening rooftop events, and for the insomniacs who could do it all, there were the famed after parties.

Some attended the premiere of the Ultra movie Can U Feel It: The UMF Experience.

At the risk of sounding like a broken record (and a pun,) tracks like “Internet Friends,” “Levels,” “Kick Out The Epic Mother Fucker,” “Maximal Crazy,” and “Paradise” were favored by so many artists as was evident by the extreme heavy rotation. But the environment of the EDM festivities is the perfect forum for artists to debut and promote some of their latest, fresh material like Sander Van Doorn with “Inside” featuring Mayeni which very well could be next year’s “Maximal Crazy.”

Whether you love it, don’t care for it, or somewhere in between, there is no denying that dubstep has infiltrated all genres including trance and drum ‘n’ bass, but as always, there was something for everyone.

Now that most of us revelers have sadly sipped our last mojito on South Beach and flew home with some sand in our shorts, snapshots on our phones, video snippets to post to YouTube, and memories of the epicness but with the upcoming, day-to-day, 9-5, looming ahead, remember the motto of the famed Miami Beach establishment La Sandwicherie: “Enjoy Life Every Day.”